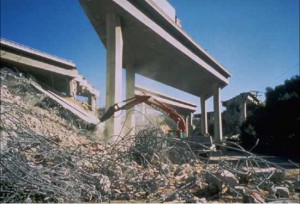 The California Earthquake Clearinghouse will provide a location, real or virtual, after a damaging earthquake, where engineers, geologists, seismologists, sociologists, economists, and other professionals who arrive in the affected area can become part of a larger, temporary organization (the Clearinghouse) to facilitate the gathering of information, maximize its availability, and better use the talents of those present. These experts have a wide range of knowledge and experience, and their observations in the field can add substantially to the information available to officials managing response and recovery operations. This website provides information on the history and purpose of the Clearinghouse, the member organizations, recommendations for field investigation equipment, safety guidelines, and basic information on how to contribute to the clearinghouse after a California earthquake.

Following a significant, damaging earthquake in California, a Clearinghouse operation will be established to: 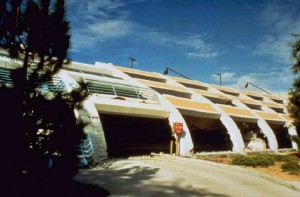 Large damaging earthquakes in California attract scores of engineers, geologists, seismologists, sociologists, economists, and other professionals who arrive in the affected area to investigate such things as ground failure, structural damage, social or financial impacts of devastation, or simply to lend a hand. Clearly, field observations made by these individuals, and information compiled by the companies, agencies and institutions they represent, could add substantially to the critical information base needed immediately by emergency response managers and, eventually, by all interested in seismic-related phenomena and seismic safety. Furthermore, their deployment should be organized so that their presence benefits rather than burdens local, state, and federal officials working in the affected areas.

However, in the absence of an established, organized body to facilitate the reconnaissance activities and integrate the observations of the individuals, much of the information gathered during the immediate aftermath of a strong seismic event will not be compiled and shared, thereby minimizing the opportunity to enhance our collective understanding of seismic-related processes and impacts. Nor would the information be made available to the California Emergency Management Agency (CalEMA), which coordinates emergency response, damage assessment, and early recovery operations following disastrous earthquakes in the state.

The Clearinghouse meets on a quarterly basis to maintain strong working relationships among participating agencies and institutions and to continually improve its operational preparedness. When activated following a significant earthquake, the Clearinghouse is designed to provide official disaster responders with crucial data more efficiently, maximize and expedite data availability to involved agencies and institutions, and effectively utilize the talents of earth scientists, engineers, and others that arrive on the scene wanting to participate in field investigations. The plan, available by clicking here, outlines Clearinghouse functions, agency involvement, management, resource needs, and operating procedures.

History of the Clearinghouse 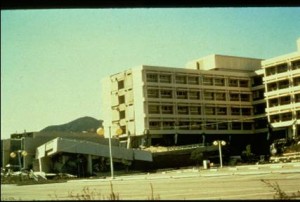 The first collaborative California clearinghouse was held after the 1971 San Fernando earthquake in California Geological Survey’s (CGS) downtown Los Angeles office. Personnel from Caltech, EERI, Los Angeles City and County, and CGS met there to exchange information. Small clearinghouse operations were established after the 1973 Pt. Mugu and 1975 Oroville quakes. EERI and CGS set up clearinghouses at El Centro in 1979, at Mammoth Lakes in 1980, and at Coalinga in 1983. The operation at Mammoth Lakes lasted for some weeks and accommodated both researchers and local and national media representatives. Following the 1989 Loma Prieta quake, no formal clearinghouse was established because two of the management organizations were located in the midst of the damage. EERI coordinated its field reconnaissance efforts from its office in Oakland while the USGS at Menlo Park–25 miles from the epicenter–filled many of the needs typically handled by a clearinghouse. A streamlined clearinghouse was operated after the Landers/Big Bear earthquakes in 1992, when CGS and OES coordinated the reconnaissance activities of largely earth science field investigators. A full-blown clearinghouse was established in an OES office in Pasadena following the 1994 Northridge earthquake. It was in operation for over a week, coordinated by the current management group, and involved a number of the additional organizations in the current Clearinghouse group. The information gathered by those multi-disciplinary field investigations was, in some cases, the only damage intelligence available to OES and the Federal Emergency Management Agency (FEMA) for a number of days. A geoscience clearinghouse was established after the 1999 Hector Mine earthquake by USGS on the Twentynine Palms Marine base.